The collective uniting Herman Miller and Knoll to design for the good of humankind is now available MTA, Sacramento's MillerKnoll Certified Dealer. 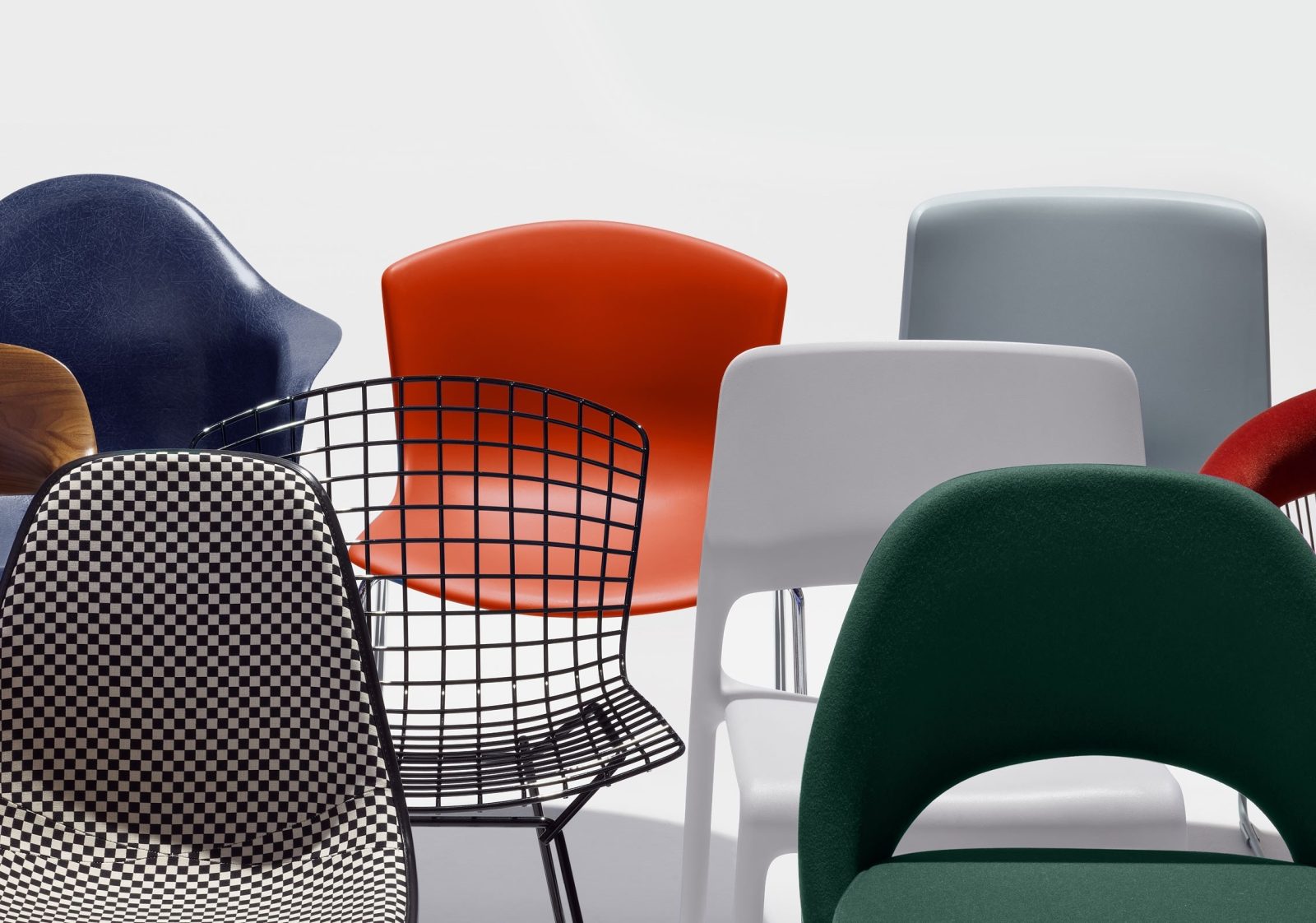 “Eventually everything connects—people, ideas, objects. The quality of the connections is the key to quality, per se.”

Drawing on the combined strength of their shared history, values, and expertise, the MillerKnoll collective unites Herman Miller and Knoll together to design the world we live in. The two brand's complementary approaches and philosophies are the direct result of their legendary designers' shared connections, which trace back to the Cranbrook Academy of Art and make the partnership seem eventual and inevitable.

Florence’s visionary thinking had its roots in her experiences as a protégé of Finnish architect Eliel Saarinen, her education under Bauhaus master Mies van der Rohe, and her subsequent professional collaborations with the likes of Eero Saarinen and George Nakashima. Her design approach fused the principles of these mentors with those of the American modernist movement. Gilbert Rohde—the designer who "took Miller modern” in the 30s—also spent time learning at the Bauhaus.

The next intersection came at the Cranbrook Academy of Art in Michigan, well-known for its very tactile, human approach to modern design. Foundational designers for both brands, including Charles and Ray Eames, Eero Saarinen, and Florence Knoll, were working in the same circle as early as the 1930s and developing deep friendships with one another. The designers and their shared sensibilities helped set Herman Miller and Knoll on parallel paths in their approach to design: rooted in strong business principles, centered on fusing industry and craft, focused on problem-solving, and deeply ingrained with spaces and places.

Since then, Herman Miller and Knoll have continued with complementary approaches to making products for people in all places. These two design brands have been traveling alongside one another and intersecting for over 100 years. Their shared DNA in design is the thread that unites MillerKnoll. As Hans and Florence Knoll once said, “good design is good business.” This guiding principle is even truer today and tomorrow as it was then.

Since 1958, MTA has elevated environments in many of Northern California’s most noted locations. Ironically, our commercial interiors firm represented both Herman MIller and Knoll in the 1960s and 1970s. Our Founder Miles Treaster frequently incorporated pieces from both brands in his commercial and residential projects. Although MTA has evolved since then, our tradition of offering the best modern design and highest quality services continues today, as Sacramento's MillerKnoll Certified Dealer. We’re proud to be the region's connection to the world’s most dynamic modern furniture brands.

Connect to the best in modern design

Schedule a consultation or showroom visit to let us connect you with the MillerKnoll Collective plus 200 additional modern design brands.